I made my way back to the roadside and again stuck out my thumb. I had passed the point of caring about looking silly, or even feeling that initial irrational disappointment when not picked up. As if I had reached some sort of hitch-hiking zen, I didn’t quite believe it when after ten minutes an old van stopped, three large dogs eagerly pawing at the back window. A balding man in a Ripcurl t-shirt and wraparound sunglasses got out and said he could take me to Kyustendil, a town some 50km from the Macedonian border. In the car I made fast friends with the dogs; the man and his father in the front were stunned to have picked up an Australian. When they found out I hadn’t heard it yet, ‘real Bulgarian music’ was turned on the stereo and we clanked through the hills to warbling tunes and opera-like voices.

Before long I was again outside a petrol station with my sign out. I waited again. And waited. German-decaled trucks headed towards Bulgaria, towards Western Europe. The road probably averaged one or two cars a minute. The vast majority of these turned off into Kyustendil, the remained sped by without as much as a glance. Evidently, not many people were heading to Macedonia…

After an hour and a half waiting in the sun by the side of road, not including a break to eat a 20 cent bag of pretzel sticks, my luck abruptly turned around. A black BMW with red plates which I assumed was going to zoom past like so many before instead practically skidded to a halt, reversing towards me. In the front, the man grinned and said in an English accent, “Get in!”

“Didn’t think you looked Bulgarian”, he said – I couldn’t quite believe my luck, especially after over twelve hours of terrible hitching. I think he said about the place I had spent the night “Oh, Radomir, that’s a godawful place”. As it turned out, the man who had picked me up worked for the British Embassy in the region – he was in an embassy car with official red plates, speeding past police checkpoints without fear of a ‘random’ stop. He had been working for the last 25 years in the region, mainly Bulgaria, Macedonia, Albania, and Kosovo. I don’t think I could have got a more perfect ride; he was heading to Prishtina in Kosovo but was kind enough to drop me off in Skopje proper, plus, in terms of geopolitics, he was probably the most well-informed person in the entire region. He was surprised when he found out I was Australian, more so when I told him where I’d come from. We had a good chat about everything from the Macedonian mentality (conclusion: batshit insane, but very friendly) to the best songs of Madness (conclusion: ‘I like driving in my car’, ‘Baggy Trousers’, ‘Our House’, and ‘House of Fun’). I quite reasonably had to get out to cross the Bulgaria-Macedonia border on foot, the man couldn’t have the liability of a stranger in the embassy car, but I found him waiting on the other side, sipping a coffee. 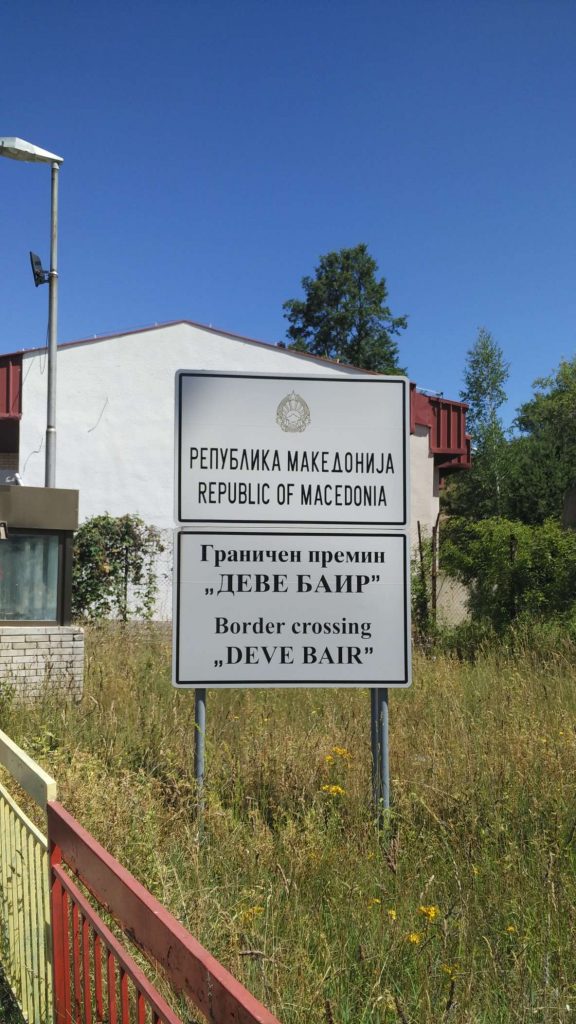 He told me about the various tensions the Macedonians face, and the mish-mash of ethnic groups vying for power: apparently the Albanian mobsters recently caused some havoc in a hospital shootout, with many Macedonians thinking they’re after their land (when in reality, Albania can barely manage its own country), corrupt Bulgarian politicians have an inflated influence, and Serbia and Kosovo are constantly bickering. The Greeks refuse to even acknowledge their existence, still claiming Macedonia as their own. Oh, and the Montenegrans are all Russian, and the Bosnians are just top-notch alcoholics – and famously lazy. A joke I was told: have you ever seen a Bosnian car wash? One holds the sponge while the other drives the car back and forth.

The landscape we passed was similar to Bulgaria, but it seemed more primal, as if, given the chance, nature would reclaim the entire country. Rocky outcrops, sweeping plains, golden fields. Farming here is very primitive, to the point where each family and house has its own garden big enough to feed its inhabitants. I have a feeling all the farming is organic – and not because it’s trendy. Driving in to Skopje, on top of a hill overlooking the city we see – as the embassy man put it – “a big fuck-off cross”. It even lights up at night! Many of the Albanians in Macedonia are Muslim, and apparently they put up Albanian flags and mosques to show solidarity – the cross is a big EU-funded middle finger to the ‘rebellious Albanians’.

Dropped off at a roundabout in Skopje, I wandered around in the heat with my mouth open – the buildings! Macedonia is a strange, strange place. It’s a nation that defines itself almost entirely by one man: Alexander the Great. We drove onto the main highway – Alexander the Great highway – and passed a sign for Alexander the Great airport. In the main square is an enormous statue-plus-fountain of Alexander rearing up on a stallion with a sword over his head, below him statues of warriors with spears outstretched.

Opposite him, across the river is a massive statue of Philip II, the other figure after whom a stadium and many other public places are named. Most of the buildings in the centre of Skopje are ‘cod-Greek’, as my hitchhiking ride and new history teacher had said. They’re all shiny new, as well, with intricate columns and statues and carvings all over the place. I mean, that’s one way to spend your EU money, creating gleaming monuments to a dead hero… but maybe not when when half the country is still living in ramshackle houses. It’s a subject of many jokes that every EU project has a sign which always says it was funded by the EU ‘in collaboration with’ the local government – in short, the local government likely coughed up all of a handful of berries and a shiny rock. 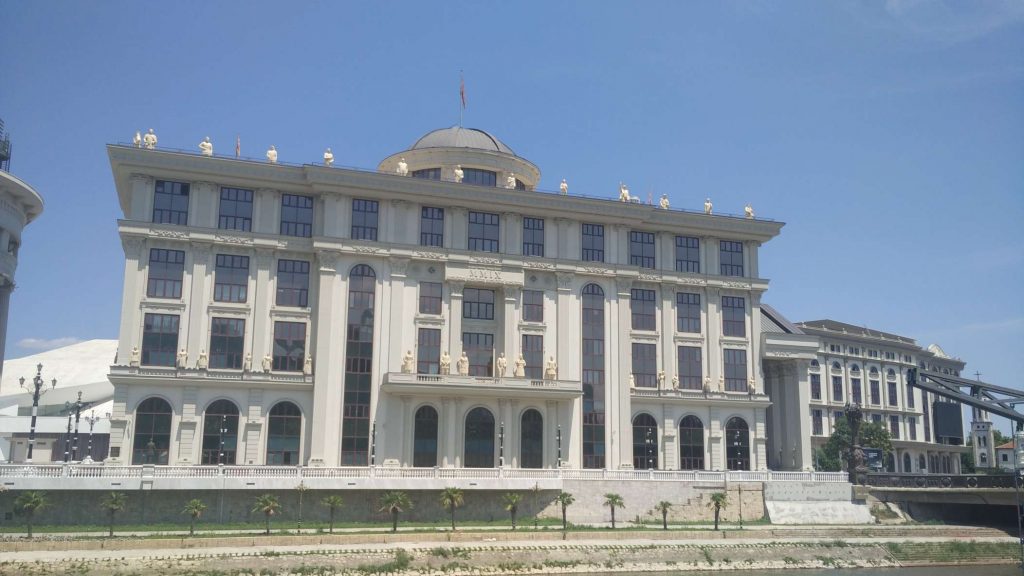 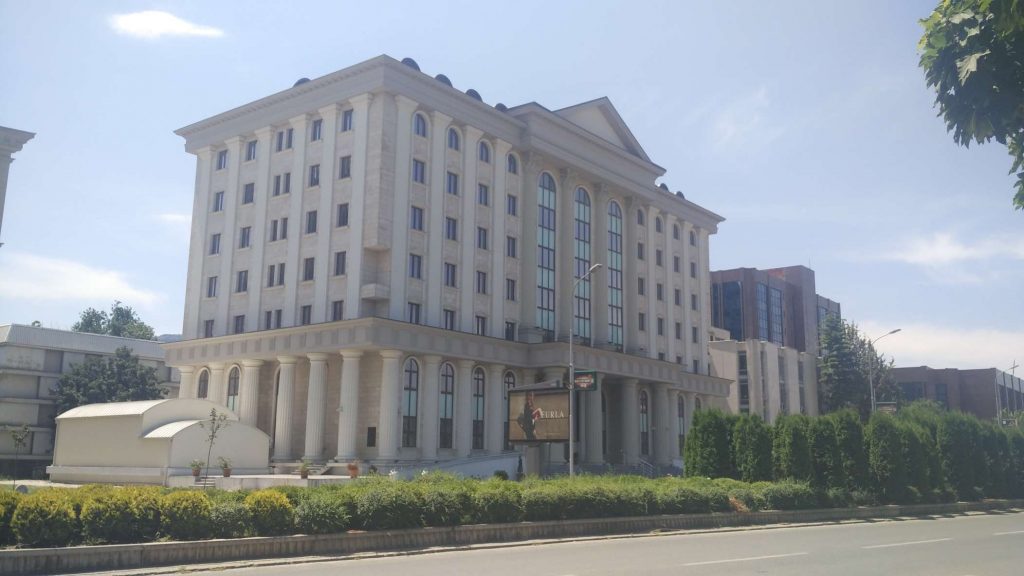 One particular piece of architecture is worth mentioning. When you have a river running through your city, what do you do? Dam it for hydroelectric power? Nurture it? Cultivate an arts scene with trendy neighbourhoods around it? Not in Skopje, apparently, where they decided to build a pirate ship. Yes, there really is a life-sized pirate ship sitting in the Skopje river. No, I don’t know why. #Macedonia

I was wandering the backstreets of Skopje when I came across a heavily tattooed, hairy man who must have been about sixty. He had various birds in cages around him, and about twenty pigeons pecking the ground around him. I should mention here that he had a pigeon mid-flight tattooed in the centre of his chest. He was busily hammering nails into a wooden frame. I nodded to him as I passed, he said something to me in Macedonian, so I responded in English – he brightened up and said “England?”, then his smile turned into a grin when I said “Australia!” It turned out we could both speak German, so we had a disjointed conversation about his pigeons: he said he trained them to fly in formation. He showed me, taking what I assume was his training staff (a broom handle) and corralling the pigeons into their coop. He got them all inside and then backed in himself, closing the door with a cackle. After a few surreal moments, the door flew open and he threw out one brown-and-white bird, which quickly gained altitude. On cue, the other birds rushed out of the hut in a whirlwind of feathers. They did indeed fly in large circles above us, and returned to the ground when he made the appropriate gesture with his broom. 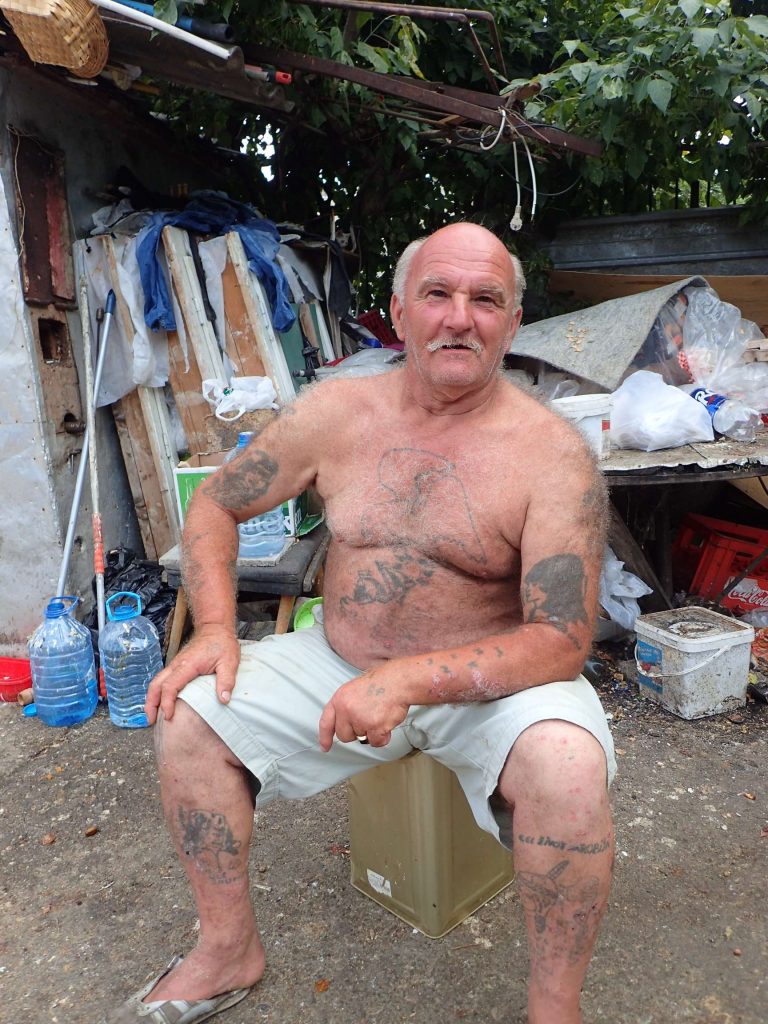 He introduced himself as Lubchu. When he said “Trink?” (Drink?), I of course had to respond “Klingt gut!” (Sounds good!) He fetched a golden liquor he alternatingly called rakija in an old plastic water bottle – though it tasted more like whiskey. He said it was twenty years old – it was pretty good, and while I couldn’t tell the age from flavour alone, I was honoured all the same.

Then came the apricots… apricots he said he’d picked from his house the day before. They were practically jam, and he was right in saying they went well with the liquor. Despite my having just had lunch, we gorged on apricots and had… three? four? shots of whiskey. I asked him what he had been working on with the nails – ‘working on’ being used loosely here – he said “Garage.” Some unfortunate neighbour will have the least structurally sound garage in all Macedonia.

We finally said a hearty goodbye several times, him emphasising to visit if I ever returned to Skopje. I meandered my way back to the hostel that afternoon in a pleasant haze. What a character.

Dinner was with some Dutch girls I met in the hostel. The food was, in general, similar to the other states of Former Yugoslavia, which in turn takes much from the Ottomans, who ruled them for some 500 years. I only stayed one night in Macedonia; I realised I needed to pick up the pace to make it to Denmark on schedule. I would have liked to have stayed longer in many of the places in Eastern Europe (well, maybe not the field) – hell, in almost everywhere I’ve been in the last three months – but it’s better to have seen a brief glimpse of a place than nothing at all. I had planned to head to Croatia, where some friends I had made in Istanbul had gone, but the only bus connection had me going for 16 hours all the way up through Belgrade and Zagreb to get to Split. I decided it would be better to dedicate more than just two days to Croatia, anyway, and so caught the night train to Belgrade. Believe it or not, sleeping (unplanned) in a field is somewhat of a deterrent to hitch-hiking in a region, so I resolved to get buses and trains until Germany or so. 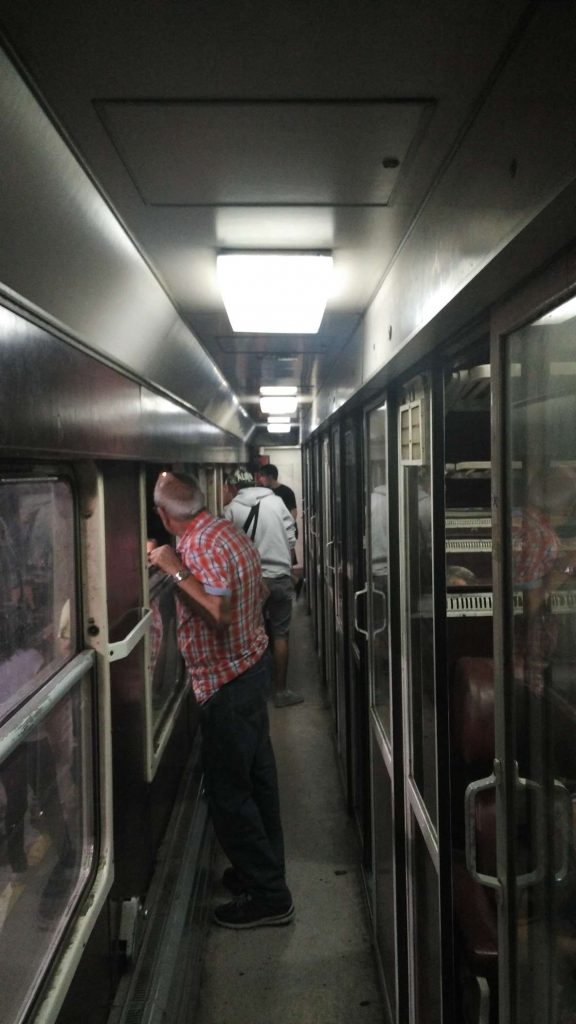 Up there with the Bosphorus Express train I had taken into Bulgaria, this was one of the least-maintained carriages of the whole trip. Although advertised as a sleeper, instead of beds there was a curious six-seat configuration of slightly-reclining red armchair things. My cabin-mates were two Macedonians headed to Exit festival in Serbia. They both found my opinions on Macedonia hilarious, not disagreeing with me one bit – though they did show frustration at being such a small country, and, as always, at their politicians.

I arrived in Belgrade mid-morning. The architecture was becoming noticeably more Western, less Eastern European. I was nearing the stag-do centrals of Budapest and Prague, so infrastructure was improving proportionally. I didn’t do a whole lot in Belgrade – mainly watched the Euro match and uncharacteristically went on a walking tour of the city. It seemed like a fine place, if a bit unremarkable. The next day I headed to rural Hungary via train to meet with my Austrian friend, so here I will leave you once more.

This entry was posted in Bulgaria, Daily, Macedonia